Home » Geek » How To Celebrate Back To The Future Day

How To Celebrate Back To The Future Day

It’s October 21, 2015, the day when Doc Brown and Marty McFly gave us a glimpse of a possible future, one with flying cars, hoverboards, rehydrated pizza and 3D movies. While Back to the Future II’s predictions were hit (video teleconferencing and tablets) and miss (Lexus, your hoverboard is lame!), we still love the BTTF Trilogy anyway.

But not as much as Elijah Mendoza and his wife Joanna do.

The young couple, both BTTF superfans, pulled out all stops to celebrate Back to the Future Day in a way that puts most fanboys to shame. Check out their shots.

Checking out who wins the next Pacquiao fight. 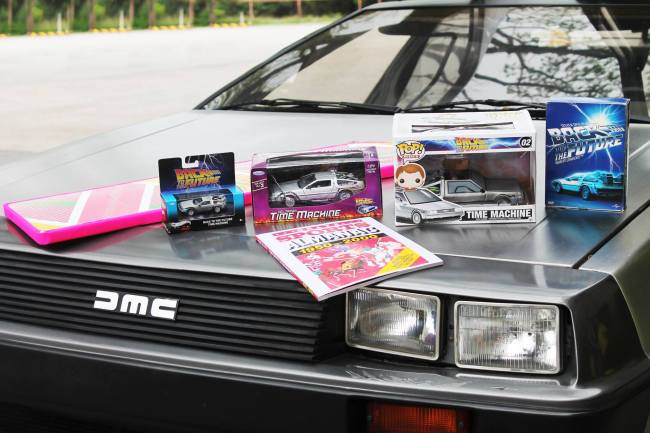 Since the Nike Mags haven’t been officially released (yet), Velcro straps will have to do.

All that’s missing is the technicolor cap, dude!

Dr. Fusion will be installed once the flux capacitor is back from repairs.

The McFly’s, er, the McMendoza’s!

And how about these next two shots to establish their BTTF cred?

Elijah, from 1988. Just three years after Marty McFly’s first DeLorean trip, and a year before Back to the Future II came out.

Well done, Elijah and Joanna. Well done. You’ve made Back to the Future Day even more awesome.