We Can’t Afford to Lose the Race to Extinction

Posted by Karlo Samson on December 2, 2015 in Entertainment, Events, Uncategorized | Leave a comment

In 100 years, 50 percent of all species on this planet could be extinct.

This is the stark future that the documentary Racing Extinction poses, a plausible scenario that is horrifying because it’s largely our fault. Created by the same team that brought you the gut-wrenching documentary on dolphin slaughter, The Cove, Racing Extinction exposes the excesses  modern man has wrought on the environment and the possible effects they have on the planet’s long-term survival. And it’s not pretty.

The film starts out like a suspense thriller, following a sting operation by environmental activists, decked out with hidden cameras, as they capture on video the illegal sale of whale meat in an upscale restaurant in the United States.

From there, Racing Extinction takes you on an emotionally-challenging worldwide tour of wildlife trafficking, from the brazen sharkfin trade in China and Hong Kong to the wholesale slaughter of manta rays in Indonesia for their gills, said to be a traditional Chinese cure for cancer. The documentary dovetails to present the other activities mankind practices that push the planet to mass extinction, like eating beef (who knew that producing a 200g hamburger releases as much greenhouse gas into the atmosphere as driving an average size passenger car nearly 16km?) and driving to work every day.

The Director of “The Cove” Louie Psihoyos

Director Louis Psihoyos knows how to appeal to both a viewer’s emotion and intellect, using compelling facts, heightened drama, excellent photography and a message so powerful you can’t look away, that you could almost describe the documentary as manipulative, but that’s okay. We Filipinos tend to be blase about environmental issues because we have bigger problems to tackle first, like poverty, corruption, crime and which clown to vote into office next year. But are these problems truly bigger ones? Think long-term.

We humans have been on the planet for just a sliver of geologic time, yet we’ve managed to pollute, destroy and desecrate the very biosphere that keeps us alive. As stewards, we’re not very good, and the documentary calls mankind out on that. 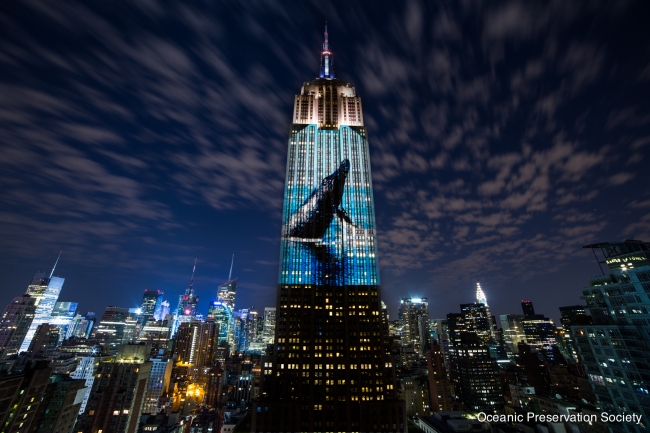 Racing Extinction isn’t a condemnation of the individual, though, but more of an indictment on the systems of the world that prioritize commerce over sustainability. Despite the heaviness of the subject, the film proves to be both motivational and, well, hopeful. With guest appearances from Elon Musk, Jane Goodall and other concerned citizens from the arts and sciences, the film concludes with the message that, ultimately, the fate of the planet lies in each person’s hands. Convincing people to act requires not just facts and figures but igniting their imaginations.

#startwith1thing, says the documentary’s campaign hashtag, a call to action that doesn’t necessitate violent means of environmental activism, simply small acts of personal responsibility that can turn the tide if enough people create a critical mass. Cut out beef for one day a week. Skip the tuna sandwich. Turn off the light when you leave the house. Ride a bike to work. Simple things like that.

Watch Racing Extinction, which debuts worldwide tonight at 9pm on the Discovery Channel. You’ll find it hard not to tear up (my wife and I certainly did, and so did most of the people at the media preview), but it will leave you encouraged to make changes in your life, to #startwith1thing, no matter how small. Whatever happens in the future, make no mistake, it’s on us.

Racing Extinction premieres on the Discovery Channel, December 2, Wednesday at 9PM. Catch the encores on December 3, 12:10PM, December 5, 12AM and December 6, 10PM.

← Serena Williams has our back Mark Your Calendars for Zalora’s 12.12 Sale →